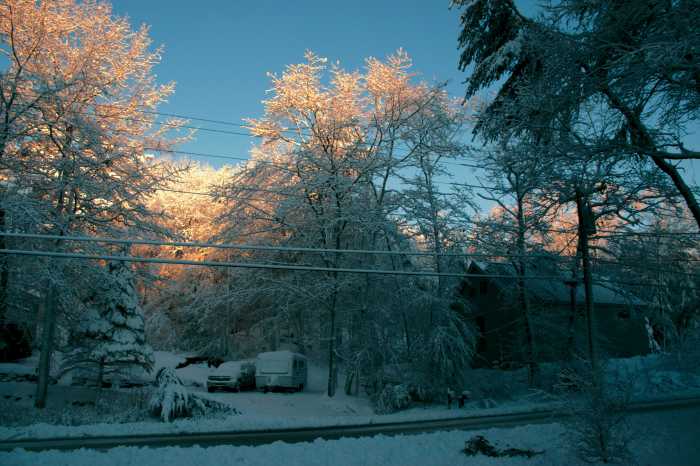 Sunrise after the storm

12/30/2016 – Last night it was raining when we headed for bed but at some point during the night the temperature dropped; it started snowing; and the very wet snow froze to the tree branches and started accumulating. Around Freeport I think we only had about 8 inches or so but other places hit the jackpot with 24 inches or more. The snow plows were out early getting a jump on the roads. Central Maine Power deployed more than 250 utility crews to deal with expected outages. At one point during the night more than 100,000 people were without power and by Saturday morning there were still more than 18,000 folks without power. In the remote areas it will take up to a week to restore power.

In Freeport the trees were straining to hold the snow but compared to other places we were lucky. Our power held and we simply had the opportunity to enjoy the special light and shadow that comes on a clear winter morning after a heavy storm. I grabbed my camera headed out for a few pictures and a breakfast at the Freeport Café. If you only visit Maine in the summer just think what you’re missing. 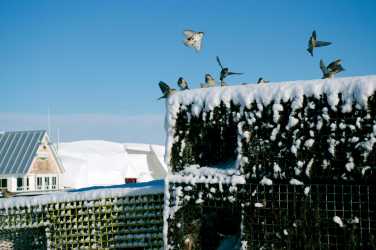 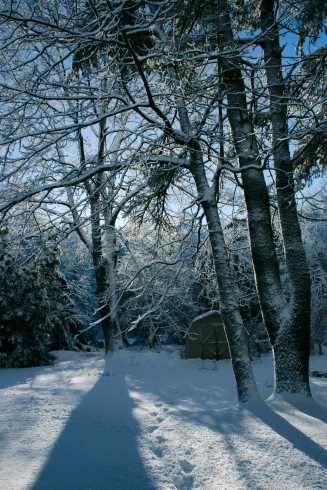